Sewage Backups, Simplified: How To Repair & Remove The Water 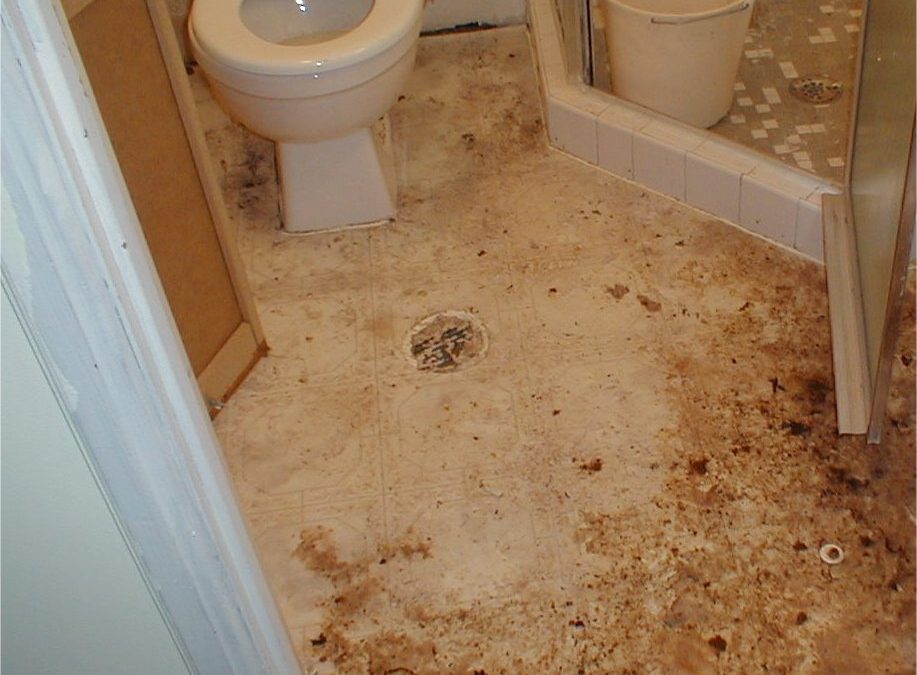 A sewage backup problem can be disheartening and disgusting at the same time. To wake up one morning to find your basement or bathroom flooded with raw sewage can be a terrible experience. At the end of it all, situations like this can result in the growth of toxic black mold, which can be a threatening issue to anyone’s well being.

Sewage backups are very unhygienic and carry several health risks as the sewage will contaminate your home and lead to an infestation of microorganisms. You also have the smell to contend with, which can be very nauseating and more eager to take lots of time to clear out of your home.

Several factors can trigger sewer backups. It could be from the reverse flow of the sewer from the drains or sewer pipe blockages in either the city’s main sewer lines or in the private sewer line. The option of untimely or prolonged sewage removal cannot be ruled out. The plumbing lines that lead out of the home are connected to an underground network of pipelines, known as community pipelines, which carry all the waste from residential buildings to the wastewater treatment plant. Clogging in this system can cause a backup of sewage into your home.

The main sewer line that leads away from your home may become clogged, leaving the sewage (as not having nowhere to go) no option than to back up into the home. Clogs are often quite preventable.  Most homeowners can reduce the chance of getting a clog by applying a bit of forethought. You certainly have to make sure that you aren’t putting too much down the toilet- diapers, facial tissues, and other debris are common causes of clogs. Also, you need to pay attention to the items you are putting down the garbage disposal. You don’t have to pour grease down the drain, as it can harden and begin collecting debris, which can result in a big clog in your pipes and further on down to the main sewer line.

However, a backup in just one toilet in the house, or just one pipeline, can likely be just a clog in that particular line. Albeit when it happens to all of the toilets and sinks in the home, it means there is an issue with the main sewer line.

It could prove very difficult to control the growth and movement of tree roots. This is seeming because roots generally are inclined to have a mind of their own. They can actually grow into the pipes, create holes in them, and ultimately result in blockages. In some extreme cases, they might cause the pipe to burst. Even when you don’t have trees so close to your building, neighboring tree roots may creep beneath the ground and damage the pipes leading to the flow of wastewaters.

Another obvious reason for wastewater backups is the resultant damage, burst or collapse of sewer lines. Lack of ground support under your pipes and the earth rotational and revolving all contribute to faults in sewer pipes. However, old homes are more prone to this defect.

Sewage backups a are often caused by a city sewer main blockage. A blockage in the city sanitary main, when not detected on time will into homes and commercial sewer lines through floor drains. This usually results in heavy sewage backup crises. When this happens, immediate sewage removal should be conducted in your home.

The public sewer has a limited capacity. When there is too much rain, especially for a prolonged period, it can cause a sewage backup at home. In instances when the rainwater far exceeds the sewer capacity, they will overflow and may find their way to your sewer line. You will need to urgently remove water from the sewage backup.

Those who have very old plumbing systems are at a higher risk of one of these backups than those who have newer systems. The old pipes can only stand up to not much pressure before they give up. Also, linking homes to these old sewage systems has contributed to rapid increases in sanitary sewer backups, flooded basements, and overflows. If your home still runs on old sewer settings, it’s certainly time to consider replacing them.

Being exposed to sewage or its products could result in several health defects like:

Also, other health risks associated with exposure to removed sewage and backups of wastewater include fatal liver, kidney, blood damage, and skin or eye infection.

Whenever there’s a need to remove sewage or to remove water from sewage backups, here are sure indicators.

How To Prevent Sewer Backup

This is so vital. Regardless of you recovering from a wastewater backup crisis or want to know how to prevent sewer backup problems. The best way to solve a problem is to prevent it from occurring, or in some instances prevent it from happening again.

What To Do When Faced With Backup

When faced with backup, a prompt cleanup and removal of wastewater off the affected area is the sure thing for you to do. Knowing that a sewer backup when not tackled urgently can lead to disease, destruction of your valuables, and even result in electrical malfunctions; you certainly have to act quick. You certainly have to remove water from the sewage backup to inhibit the actions of harmful microbes. Arrange for the cleanup of your sewage and find ways to prevent reoccurrence.